The perception of the EU in the South Caucasus has changed significantly since summer 2008 when then President of the Council of the EU, Nicolas Sarkozy, brokered the cease fire agreement between Russia and Georgia.

Strategic sovereignty in the EU’s Southeastern neighborhood: The Black Sea as part of a larger geopolitical region

As part of a larger geopolitical region, the Wider Black Sea requires greater commitment from the EU in the areas of security, renewable energy, and connectivity.
By Dr. Stefan Meister

Rethinking monuments in Eastern and Southeastern Europe: What have we seen in the past 30 years, and what do we want to see? 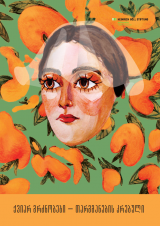 This publication "Queer Feelings" includes translations of the texts of Queer and feminist theorists.

Covid-19 in the South Caucasus – fast reactions and authoritarian reflexes

The International Dimension of Regional Conflicts: The cases of Georgia and Ukraine

Read more
All articles on "Europe and South Caucasus"

Georgia: trapped in a spiral of escalation

The neoliberal political elite are uninterested in the needs of a society stricken by a pandemic. Their egotism favours informal structures leading to a creeping "Russification" of the country.
By Dr. Stefan Meister

"Stop the war in the South Caucasus"

On October 10, hbs Tbilisi Office organized the public discussion: Georgia and the EU – Looking for a Common Vision for the Eastern Partnership (EaP).

Electoral Challenges for Democratic Development of Georgia: A Test to Measure the Efficiency of the European Neighborhood Policy

“How can we avoid the threats that we face in the next two weeks? How can we protect democracy in our country?”
All debates on "Europe and South Caucasus"

100 years after: the countries of the South Caucasus from the declaration of independence till 2018

In order to commemorate 100 years anniversary since the declaration of independence of Armenia, Azerbaijan and Georgia, the Heinrich Boell Foundation presents analytical articles that on the one hand, reflect on the main foreign and internal priorities of the first republics and on the other hand, analyze what is the impact of the short-lived experiences of statehood on the democratic political culture of the South Caucasus.

Web-Dossier: Georgia's Euro-Atlantic Vector on the Eve of the NATO Summit

Georgian aspirations towards NATO and the EU specifically, and Europe in general, are likely to play an important role in the upcoming Georgian elections, scheduled for the 8th of October. In anticipation of the July 8-9 NATO Summit in Warsaw, hbs explores the significance of NATO-Georgia relations &amp; the question of sovereignty for small states in the context of security.

Web-Dossier: A Glance at the Islamic State from afar: Islam and Politics in the South Caucasus

Nationals of many Western and non-Western countries are joining the IS cause and those that survive the fight will bring home with them extensive battle experience and new ideas about social and political life. The danger to peace and civic order, and the growing influence of this quasi-religious military movement casts shadow over the South Caucasus, which is not at all far from IS-held territory.

Armenia’s Eurasian Choice: Is the EU Integration Still at Stake?

Since a controversial decision to sacrifice an Association Agreement with the EU in favor of joining the then-Customs Union, Armenia has gradually comes to terms with its new, more limited position.
By Richard Giragosian

Georgia and Armenia have strived to establish good neighborhood policy throughout centuries. There has been neighborly competition over certain issues but during the last two decades, governments of these countries have taken steps to develop joint initiatives in cultural, economic and political spheres.The South Caucasus Regional Office of the Heinrich Boell Foundation supports the regional dialogue between these two countries.

Oil Geopolitics in the South Caucasus

Politics in the South Caucasus region cannot be viewed in isolation from developments worldwide and especially in the context of economic contest and tensions among the “great powers” active in the broader European, Middle East and Eurasian region. Decrease in prices on fossil fuel resources, fight over the routes of delivery of energy resources to the Western markets and struggle for political domination over the nations of weak/fragile sovereignty are manifested in a number of conflicts and social-economic and political turmoil taking place in these nations.

The Gordian Knot of Non-recognized Crime: Perspectives on Armenian Genocide Centennial from Within

On 24 April 2015, Armenia and the Armenian Diaspora around the world commemorate the centennial of the Genocide of Armenians in the Ottoman Empire in 1915. While the world outside Armenia is not unified around the idea of recognition of the Genocide as such, perspectives on dealing with this tragic past and the ways of reaching out to the world vary in Armenia too. Here the reader can find a series of brief observations on political, cultural and social aspects of the given issue by alumni of HBF Regional Scholarship Programme: Mr. Mikael Zolyan, Ms. Izabella Sargsyan, Ms. Lusine Kharatyan and Ms. Satenik Mkrtchyan.

Web-Dossier: The Games are over! Beware of the Peace? Russia and the South Caucasus after the Sochi Olympics

Web-dossier: The South Caucasus on the Crossroads: Where Will the Road to Vilnius Lead?