Web-Dossier: The Games are over! Beware of the Peace? Russia and the South Caucasus after the Sochi Olympics 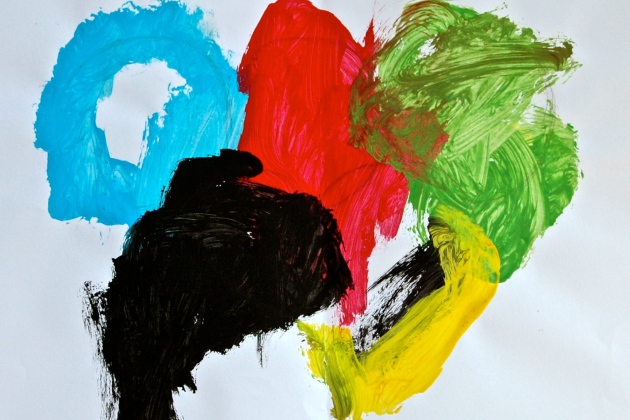 The war is over, beware of the peace!”
Bertolt Brecht, “The Caucasian Chalk Circle”

The 2014 Sochi Winter Olympic games are regarded as an important personal project of Russia’s incumbent President Vladimir Putin. The scale of the efforts and resources expended and the pace of the preparations show that these Games are a matter of national pride and symbol of the restoration of the lost splendor of the Soviet Empire. Mr Putin will stand for a fourth presidential term in the 2016 election, two years after this "project of the century" .

Russia’s path up to this point has been winding and painful. Not far from the Olympic venue, tens of thousands of people have died in the North Caucasus region since the fall of the USSR in the course of two wars of secession, an ongoing jihadist insurgency and brutal government reprisals against it. Throughout Russia, Putin has restricted civic and economic liberties the sake of ensuring “order” and stability, a move welcomed by the majority of Russia’s citizens, who had been left disillusioned by the Yeltsin era market reforms and the corrupt and inefficient quasi-pluralistic political system of the 1990s. The question is: what will satisfy Russia’s thirst for prestige and glory after the Sochi Olympics are over?

The Olympic Games in Sochi are to mark a watershed after which Russia will go ahead full force pressurizing the countries of its “blizhneye zarubezhye” (near abroad). The fragile calm brought to the South Caucasus by the Sochi Olympics can be easily shattered due to the absence of solid guarantees of peace in the region. The current tensions in Ukraine between the Russia-dependent government and the pro-EU opposition cause particular apprehension in the South Caucasus. Georgia is still gazing towards the West, while Armenia prioritizes the security afforded to it by Russia. Consequently, there is the question that lingers the minds of the South Caucasus politicians and analysts, and that provokes diverse speculation about the future of the region – what will be the next project or the next steps undertaken by Russian Federation after the Sochi Olympics are over?

In order to give variety of perspectives on these issues, the South Caucasus Regional Office of the Heinrich Boell Foundation collected experts’ views from Moscow, Sukhum/i, Tbilisi and Yerevan:

Mr. Ivlian Haindrava, political analyst at the Republican Institute (RI, Tbilisi, Georgia), analyses Moscow's options for putting pressure on Tbilisi post-Sochi, saying Russia has relatively limited economic levers but could try to either entice Georgia by offering reintegration with its breakaway regions within the framework of the planned Eurasian Union or again pursue military action against Tbilisi. Read: Olympian Angst

Mr. Richard Giragosian, director of the Regional Studies Center (RSC, Yerevan, Armenia) looks at how after the Olympics Russia will seek to promote its Eurasian Union project and strive to assert more control over the South Caucasus region by exerting pressure with the use of its energy resources. Read: The South Caucasus: The Limits of a Resurgent Russia

Mr. Sergey Markedonov, independent political analyst (Moscow, Russia), while analysing the quadrangle of Russian-Georgian-Armenian-Azerbaijani relations emphasizes Russia's need to protect its geopolitical interests not only in the “near abroad” but also to ensure stability in broader terms in its own territories. Read: Russia's security priorities in the Greater Caucasus and the Sochi Winter Olympics

Mr. Akhra Smyr, freelance journalist (Sukhum/i, Abkhazia) overviews what the Games mean for Abkhazia, both in terms of its relations with  Russia and Georgia, and on the domestic political front, which he expects to heat up after the Olympics are over. Read: The Olympics for Abkhazia: Dreams and Reality

The International Olympic Committee's (IOC) decision to hold the February 2014 Olympic Games in Sochi was met with an ambiguous reaction in Georgia.
By Ivlian Haindrava

The South Caucasus: The Limits of a Resurgent Russia

For the last several years, Russia has significantly increased and consolidated its power and influence in the South Caucasus. Although this process was most obvious in 2008, in the wake of the Russian-Georgian war, subsequent moves by Moscow have reinforced this trend.
By Richard Giragosian

On 7 February 2014, the 22nd Winter Olympic Games will open in the Russian Black Sea resort of Sochi. These games will be the first Olympics hosted by Russia since the dissolution of the Soviet Union.
By Sergey Markedonov

The Olympics for Abkhazia: Dreams and Reality

Despite expectations for major gains, Abkhazia, squeezed between the Russian Federation and Georgia, has undergone no substantive changes in the run-up to the Olympics in nearby Sochi.
By Akhra Smyr