100 years after: the countries of the South Caucasus from the declaration of independence till 2018 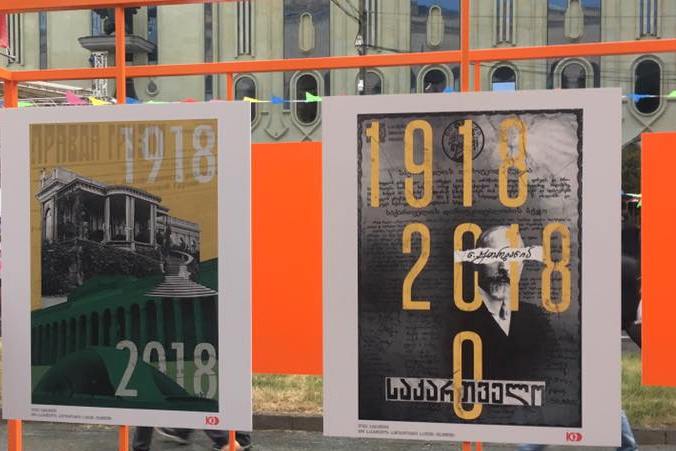 In order to commemorate 100 years anniversary since the declaration of independence of Armenia, Azerbaijan and Georgia, the South Caucasus Regional Office of the Heinrich Boell Foundation asked political scientists and historians to write analytical articles that would on the one hand, reflect on the main foreign and internal priorities of the first republics and on the other hand, analyze what was the impact of the short-lived experiences of statehood on the democratic political culture of the South Caucasus. The authors have analyzed the issue of legacy of the independent republics (1918-20/21): How and from which perspective are the Azerbaijani, Armenian and Georgian republics discussed in current context? Are current political parties considered as inheritors of the political parties that existed during 1918-21 and even before? How is this legacy reflected?

Unfortunately, despite the fact that three authors were initially selected, by the time of publishing these articles, it turned out that the views of one of the authors, which was aired on TV, was damaging towards LGBTQI community. This contradicts the declared values of the Heinrich Boell Foundation. Gender democracy and equality is one of the fundamental principle of the Foundation.

Even though this fact is very disappointing for us, the Foundation refrains from publishing his article.

For us, any kind of discrimination towards LGBTQI community and their linear representation as an aggressive group is unacceptable.

In order to ensure regional parity, we are publishing an article which was written by Beka Kobakhidze, historian in 2017 within the framework of the European History Forum that was organized by the Heinrich Boell Foundation.

The “Garbage Bin” Approach to History and its Discontents

For a people whose history covers a few millennia, the significance of the First Republic of Armenia far exceeds the number of years it lasted. Other than the Genocide that preceded it, I doubt that there is another period of two and one-half years that has received more attention by scholars, memoirists, and polemicists. հայերեն

Undoubtedly the emergence of the Democratic Republic of Azerbaijan (ADR) was the by-product of a broad range of processes and dynamics in and around of the Caucasus, the developments in the Tsarist Russia as well as in the neighbouring countries of the Russian Caucasus, the Ottoman Empire and Persia. The elites of the ADR, both of Muslim and of non-Muslim faith were socialized in the late Romanov period. Azərbaycan dilində

In the twilight years of the 19th century, the Georgian people were faced with a number of challenges. Although the abolition of feudalism had liberated the peasantry, they had not been given land and their afflicted state remained the same. A number of freed peasants headed for the cities and filled the ranks of the proletariat, encountering “brute capitalism” in a place where basic labour rights were not regulated.